In 2019, the  Netherlands Supreme Court judged that the state acted unlawfully in the case of approximately 350 male refugees. The men were at a compound on 13 July 1995. They were subsequently murdered by Bosnian Serb forces at a different location, out of sight of Dutchbat. The Netherlands deeply regrets these tragic events.

On 14 February, the Dutch government reached a decision about the terms for a compensation scheme for the families of these men. An independent commission will be established to implement the scheme and to assess all claims.

NATO ministers of defence gathered in Brussels on 12 and 13 February. Top of the agenda were the NATO mission in Iraq and the fight against terrorist organisation ISIS. Discussions also covered the current situation in Afghanistan; European and trans-Atlantic security in a broader sense; and credible deterrence and defence. 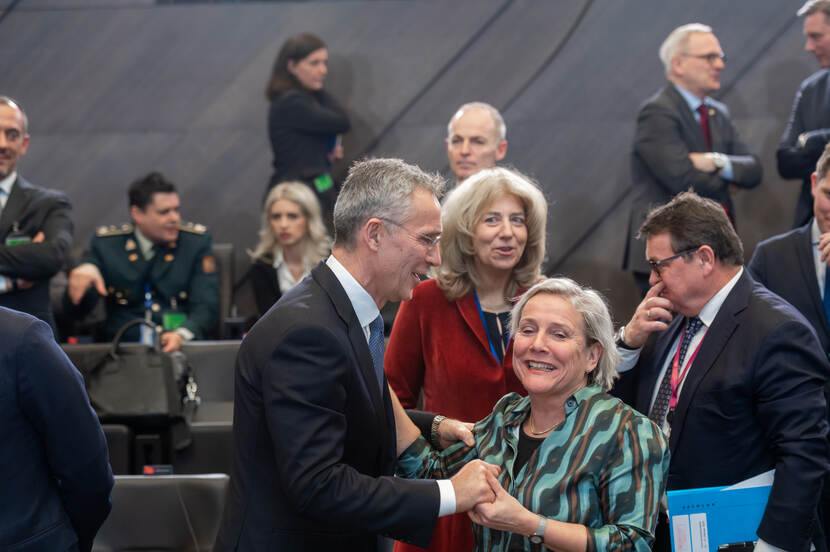 The Secretary-General of NATO, Jens Stoltenberg, afterwards called on ministers to consider ways to enhance the role of the alliance in Iraq. Minister Ank Bijleveld-Schouten emphasised that the Netherlands remains committed to improving the Iraqi security sector. According to the minister, this applies to both Baghdad and the Kurdish region in northern Iraq. The Netherlands has therefore extended its participation in the anti-ISIS coalition until 2021. The deployment of Dutch forces is based on invitation by Iraq. The same principle applies to the fight against ISIS and any potential expansion of the deployment of NATO. While the Netherlands supports these activities, they do require a step-by-step approach. This means they must take place in close consultation with the international anti-ISIS coalition and the Iraqi authorities.

Bijleveld warned that the fight against ISIS has not yet been won. It is crucial to prevent a new crisis from undermining the results achieved previously. The minister stressed the importance of continuing the integrated approach: combining military and stabilising efforts with operations to combat terrorism and its funding. The close involvement of regional partners is essential to this approach.