The Royal Netherlands Marechaussee has High Risk Security Platoons. These units guard and protect sites in the Netherlands that are most likely to be the targets of attacks. Examples in this regard include a number of government buildings and certain social institutions. 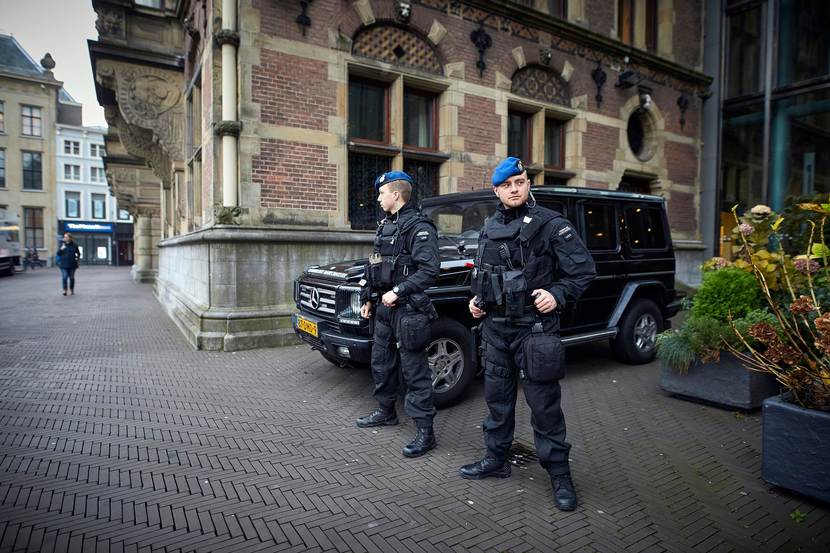 The High Risk Security Platoons consist primarily of Royal Netherlands Marechaussee security guards. Depending on the specific situation, unit members either maintain a robust presence or remain inconspicuous. Because they are prepared for any change, the units can rapidly scale up and take action if a threat becomes more acute.

The Dutch government made the decision to form High Risk Security Platoons at the beginning of 2015. A total of six platoons (approximately 400 personnel) have been ready for deployment since 16 December 2016.