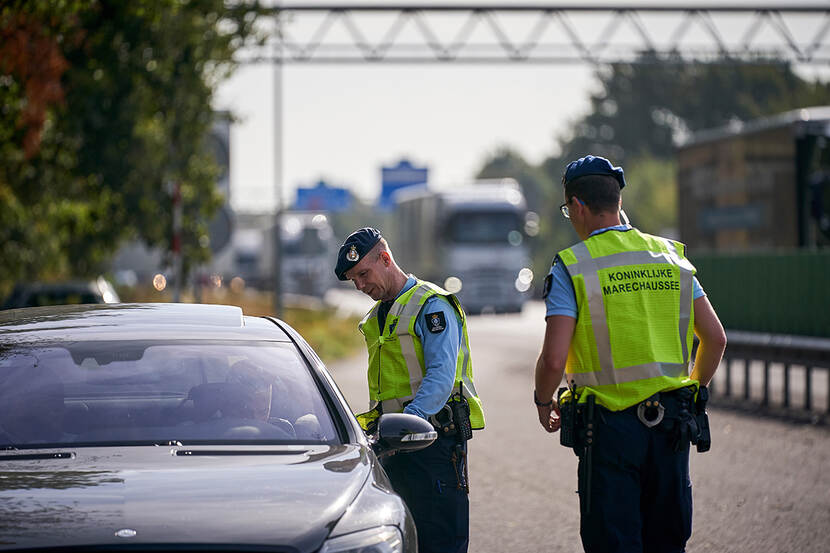 One of the agreements recorded in the treaty is that there shall be no border control between the European countries in the Schengen area. There is one single EU external border. This means, for instance, that there are no longer any border checks at the Dutch borders with Belgium and Germany.

Travellers should, however, be able to show their valid travel document within the Schengen area; this is to combat illegal immigration and all forms of criminal activity. The RNLM performs these checks for the Ministry of Justice and Security. 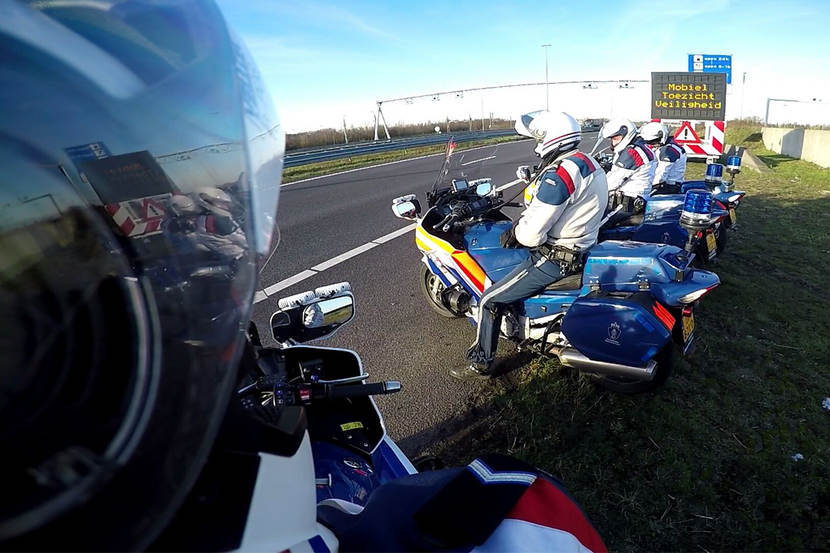 Mobile Security Monitoring (Mobiel Toezicht Veiligheid/MTV) is the monitoring of people travelling from another Schengen country to the Netherlands via the Belgian or German border. The checks are conducted on roads, in trains, on the water and at airports.  In the area immediately behind the border, the RNLM performs random checks on travel documents.

For mobile checks, the RNLM uses the @migoboras camera system as a tool. The checks are performed to combat illegal immigration and cross-border crime.

Control at the external borders of the Schengen area

Checks are still performed at the external borders of the Schengen area. In the Netherlands, this means guarding the European external border at airports and seaports, and along the coast. By participating in Frontex, the European border control agency, the RNLM makes an important contribution to the control of Europe’s external borders in other EU member states. 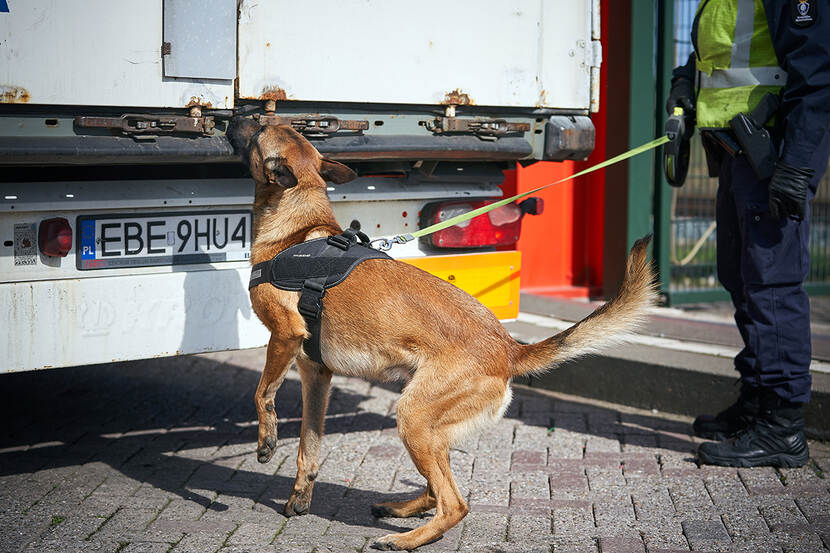 Migration control dogs help the RNLM in finding concealed persons (stowaways), for instance in  trucks, touring cars and buses crossing the borders. They also search ships for stowaways. In the Dutch ports of IJmuiden and Hoek van Holland, the dogs search ships and cargo (including heavy goods vehicles) travelling to and from the United Kingdom by ferry.

Enforcement of the Aliens Act

The RNLM also deals with asylum seekers who immediately apply for asylum at the border. The RNLM is responsible for the first reception. They also hand over aliens who are under a deportation order to foreign authorities, and receive Dutch nationals who are unwanted abroad from foreign authorities. Personnel of the RNLM receive special training to carry out these specific tasks humanely and with respect for all those involved.

The RNLM can request any traveller with a non-European nationality for documentation showing they have sufficient income upon their entry into the Netherlands, as each individual should be able to provide for themselves. What if a traveller does not meet the requirements to travel into the Schengen area? In that case, the RNLM will deny them entry into the country.

"Brunssum has made a remarkable contribution to the lives of us all. I am convinced it will continue to do so in the future." ...