The Netherlands Defence Organisation transports aircraft fuel to military and civilian airports via its own underground pipeline network. The Defence Pipeline Organisation (DPO) obtains this fuel from refineries and storage terminals in the Europoort-Botlek area. 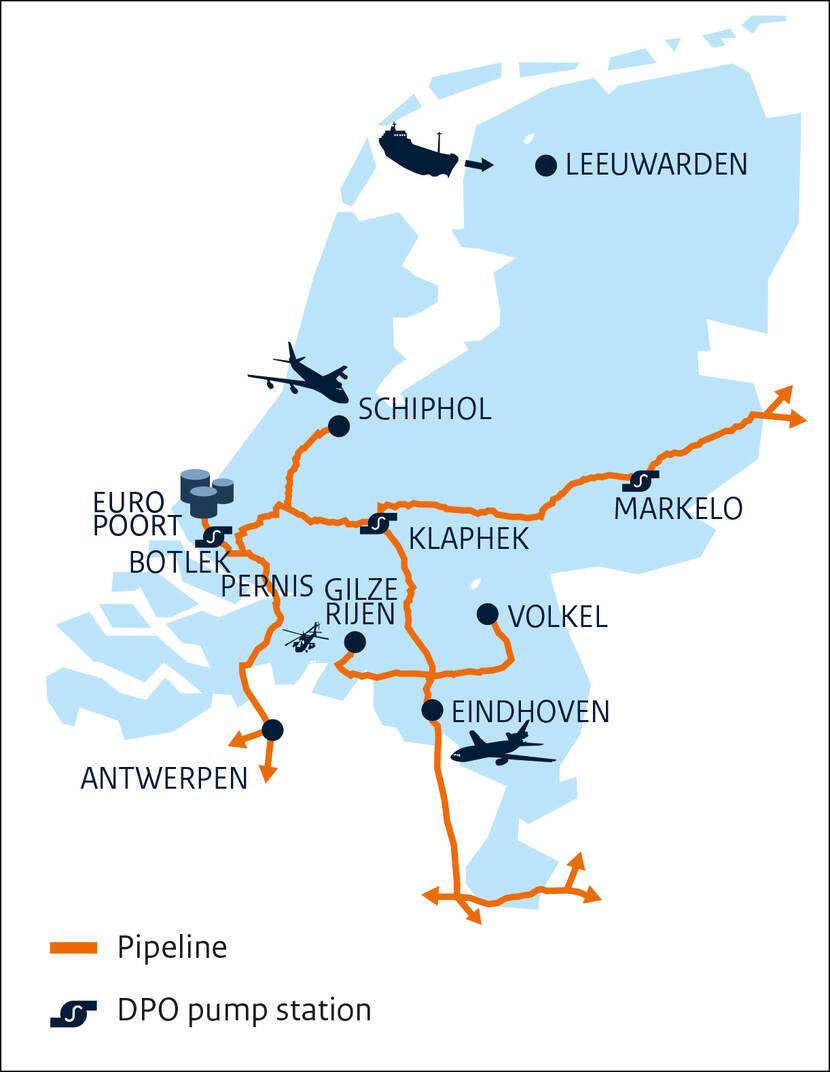 DPO pipeline network in the Netherlands.

The DPO pipeline network connects a number of depots (DPO pump stations). A depot is made up of several storage tanks, ranging in size from 1,250 m3 to 5,000 m3. The central depot is located in Pernis (Poortugaal). This is also the location of the DPO’s central control room (centrale controlekamer/CCK). This room is manned by operators 24 hours per day, 7 days per week. There are also depots in Klaphek (IJsselstein) and Markelo. Kerosene is supplied to the Volkel, Gilze-Rijen and Eindhoven air bases via these depots. Leeuwarden air base is supplied via an underground pipeline from the Frisian depot in Deinum. Inland vessels supply this depot.

In addition to transport, the DPO can also store the aviation fuel (temporarily) in its own storage tanks. 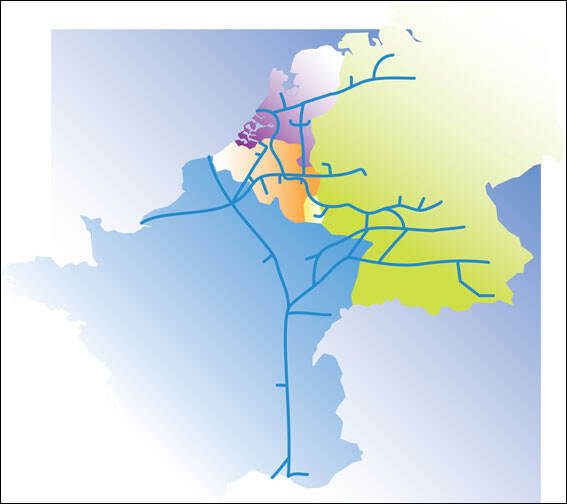 550 kilometres of pipeline in the Netherlands

The DPO owns about 550 kilometres of pipeline throughout the Netherlands. It is part of the Central Europe Pipeline System (CEPS). This Western European system of pipelines and installations is 5,500 kilometres long and stretches over the Netherlands, France, Germany and Luxembourg. As the largest military customer, the United States also uses the network, supplying fuel to its American bases in Europe.

About 90% of the pipeline system is intended for civilian fuel transports. Airports such as Schiphol, and abroad the airports of Zaventem and Frankfurt, are the biggest customers in this respect.

Civilian use has multiple advantages:

In special circumstances, such as a crisis, military transports have priority over civilian transports.

Facts and figures about pipelines in the Netherlands